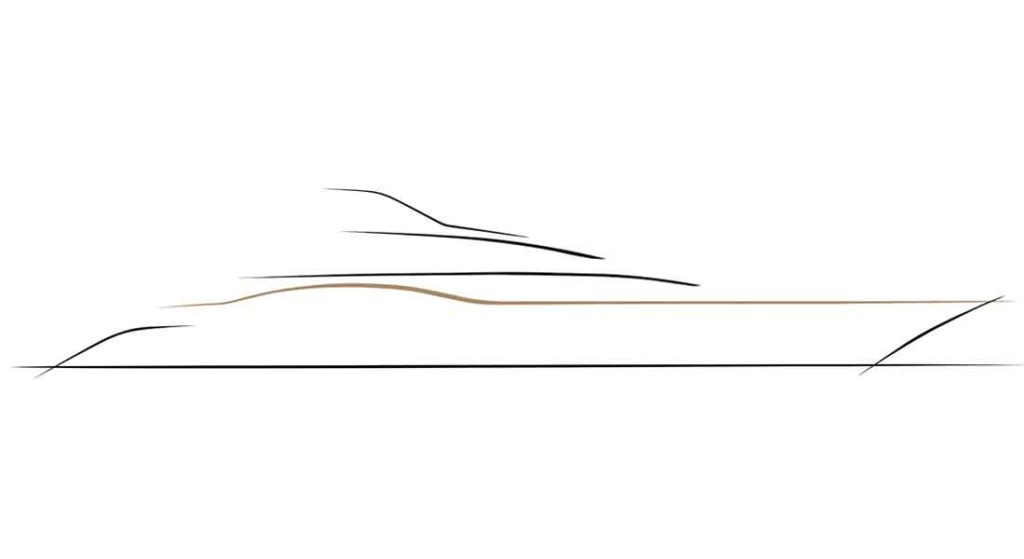 One of the largest contracts to date for The Italian Sea Group should see delivery in four years. Bearing the code name Project Titanium, she will measure 328 feet (100 meters).

Unfortunately, scant information is public thus far. Imperial Yachts, which is serving as the owner’s representative as well as his build supervisor, does disclose, however, that the yacht is still in the early stages of development. It also says that the Admiral division of The Italian Sea Group is her builder. Interestingly, this is the third megayacht in recent years where Imperial Yachts and Admiral have paired up. In fact, Project Marlin, which currently is under construction, is among them.

The hint at her exterior styling comes from Winch Design, which is further responsible for the interior design. Jim Dixon, the director of yachts and aviation for the UK-based studio, declares, “Project Titanium is incredibly dynamic and will be a landmark for the industry.” He doesn’t, though, say what materials are going onboard, or what her accommodations will resemble.

The only other information coming from the owner’s team thus far relates to her propulsion system. Project Titanium will incorporate diesel-electric power, with Azipods.

The owner’s team pledges to release more information over the course of the coming year. In the meantime, Giuseppe Taranto, Admiral’s vice chairman, says, “Project Titanium represents our concrete step as a worldwide key player in the gigayacht industry.” He adds, “We are now fully integrated in the 60- to 100-meter segment.”