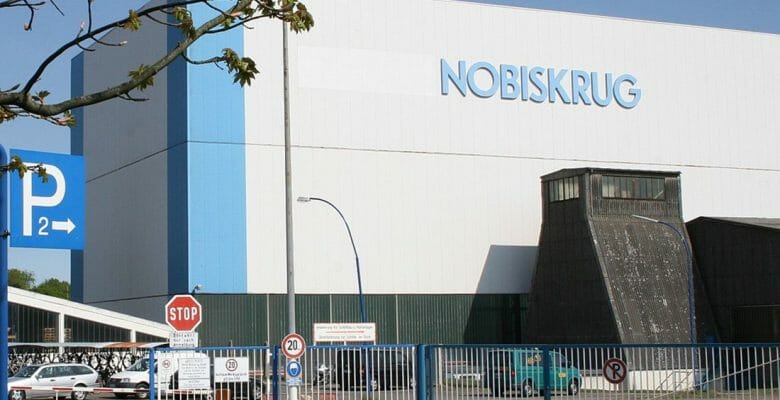 Following approval from creditors, Nobiskrug has new owners. Late Friday, Flensburger Schiffbau-Gesellschaft, more commonly known as the shipbuilder FSG, signed a deal to acquire Nobiskrug. While it should take a few more weeks for final undisclosed conditions to be met, FSG should take over operations in August. Nobiskrug will still operate under its own name as well.

Nobiskrug sought bankruptcy protection in April, citing “critical developments” in yacht building. The global pandemic, which already led to 120 layoffs last year, was one reason, as were order cancellations.

Several German media reports quote Hendrik Gittermann, the insolvency administrator, as saying interest in Nobiskrug was “enormous.” Despite that, however, “not all of them wanted to take over all employees.” With FSG, though, 280 employees are remaining under contract. The exception is the steel department, comprising 25 people. That department also maintains and repairs the Kiel Canal lock gates. Gittermann and his firm will continue to seek an investor to secure their future.

Commenting on FSG, Gittermann says, “The now sealed deal serves the interests of the creditors, the employees, and the entire maritime industry in Northern Germany in an ideal way.” FSG builds and repairs passenger vessels, ferries, Ro-Ro (Roll On Roll Off) vessels, and more. It belongs to Tennor Holding, a global investment holding company based in Germany. Notably, Tennor just acquired FSG last fall. In general, Tennor invests in public and private companies by acquiring either minor or major stakes, as well as through private and public debt instruments.

Lars Wildhorst, Tennor’s founder, issued a statement saying acquiring Nobiskrug “is an important strategic step for us. Nobiskrug gives us access to the attractive growth market of superyacht building.”

Once the deal is finalized, Philipp Maracke, currently FSG’s managing director, will take over managing Nobiskrug, too.

Current Nobiskrug contracts remain in place, with work continuing without interruption, as per the original insolvency protections. FSG anticipates those same projects proceeding seamlessly under its oversight.