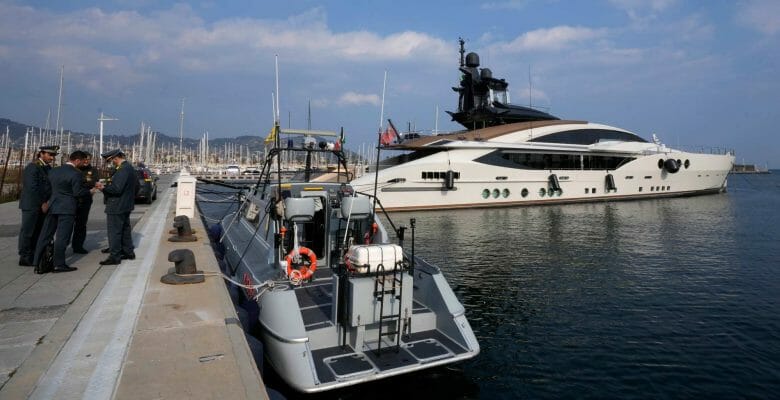 Some of the news reports seem to come from a rush to have an exclusive story. With social media, meanwhile, naturally many people believe an article they read themselves and share it. Or, they believe what friends and family share and forward it accordingly. But, in both cases, much of the confusion about the facts stems from the use of one particular term. That word: seize. In a nutshell, there’s an impression that all, or nearly all, of the Russian yacht seizures have resulted in confiscation, and therefore the owners formally no longer being the actual owners. But that’s not true.

In this episode of Megayacht News Radio, we help you better understand what has gone on so far, and what is likely to continue. Some of the specifics we cover:

To listen to this episode, click the play button. Listen to all of our podcasts on Apple Podcasts, Audible, iHeartRadio Podcasts, Spotify, or TuneIn. As soon as each new episode releases, you’ll be the first to know, and hear.

Additionally, you can read a transcript.