You are here: Home / Builders / The Superyacht 6: 6 Oldest Shipyards in the World 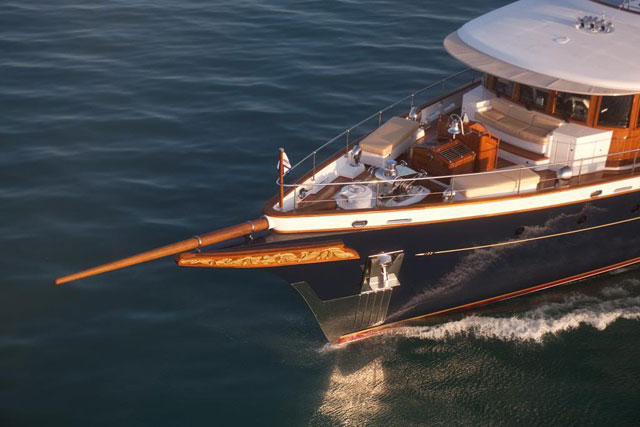 Companies that are steeped in history warrant close attention. Even closer attention is deserved when the company has been practicing the same art generation after generation. Such is the case with several builders around the world that specialize in megayacht construction. The following list spotlights the six oldest shipyards in the world, with some having focused on pleasurecraft since day one well over a century ago. Regardless of what type of boat first entered the waters outside of their shed, however, their histories and family stories will impress you.

1. Hodgdon Yachts: founded 1816. Little did Caleb Hodgdon know that the boatshop he founded in Maine to build wooden schooners would go on to build a variety of sailing yachts, motoryachts, military vessels, and megayachts. Little could he also imagine that it would remain in operation nearly 200 years later. This makes Hodgdon Yachts not just tops among the oldest shipyards building yachts around the world, but also the oldest American yard. Further impressive: Hodgdon Yachts is still in the hands of the Hodgdon family. The ketch-rigged Scheherazade, launched in 2003, is among its most famous builds. There’s also a fantastic commuter-style motoryacht named Liberty, measuring 80 feet LOA. (Editor’s note, 2015: Hodgdon Yachts has expanded its offerings further. It now has custom tenders for megayachts. In addition, the maxi racer Commanche launched in 2014 and has gone on to break records.)

2. Codecasa: founded 1825. Still operating in its original town of Viareggio, Italy, Codecasa gets its name from its founder, Giovanni Battista Codecasa. He started producing wooden sailing yachts. Subsequent generations expanded operations into aluminum and steel. Codecasa now has three yards, named Codecasa Ugo, Codecasa Due, and Codecasa Tre. The Ugo and Tre shipyards focus on steel and aluminum or all-aluminum yachts from 30 to 90 meters (98 to 295 feet). As for Codecasa Due, the emphasis is also steel and aluminum or all-aluminum yachts, though only to 35 meters (115 feet). In addition, it performs refit and repair of both motoryachts and sailing yachts. Overall, Codecasa welded its first steel hull in 1965. Among its notable deliveries since the 1990s: Andale, Charly Coppers, Apogee, and Main (above), the latter belonging to designer Giorgio Armani. 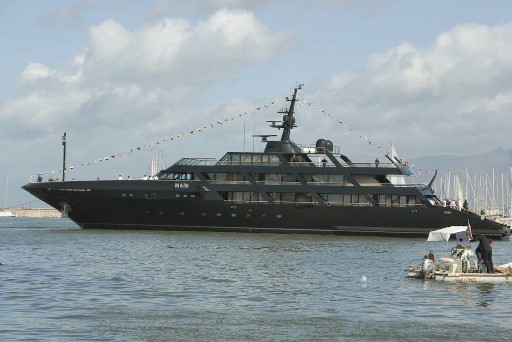 3. Royal van Lent: founded 1849. While the van Lent name didn’t appear on the buildings until years later, the shipbuilding roots date to 1849. This makes it among the oldest shipyards in The Netherlands, of any kind. It all started when a young Cees van Lent fell in love. In 1914, he met Margot Akerboom, the daughter of Jan Akerboom. Jan had bought a boatbuilding facility on Kaag Island and opened a repair yard in 1877. Cees and Margot married, and he joined Jan at the yard in 1917. The first yacht launched in 1918, and Cees took over operations with Akerboom’s son in 1920. The new partnership became official seven years later, as Shipyard Akerboom & Van Lent. Several interesting launches occurred under their ownership, including a steel-hulled yacht for the Shah of Persia in 1935. In fact, to date Royal Van Lent has delivered more than a dozen royal and presidential yachts. When you consider that the yard broke the 50-meter (164-foot) barrier in 1975, with Ogina Bereton, it’s even more impressive. As to where the “Royal” name came from, a Dutch company can receive the title when it has focused on the same business consecutively for 100 years.

4. Baglietto: founded 1854. Pietro Baglietto established the yard to build fishing boats, but soon added pleasureboats to the mix. Among them: Barchetta, commissioned as a gift for Pope Leo XIII in 1888. When motorboats appeared on the world stage in the early 1900s, Pietro knew he had to follow suit. Baglietto launched Italy’s largest yacht with a combustion engine for primary power and a sail as auxiliary power, the 22.6-meter (74-foot) Giuseppina. Pietro’s son Bernardo took over upon his father’s death in 1911, and while government-commissioned boats dominated through the early 1920s, pleasurecraft soon returned. Further family generations became involved in the design and construction operations, straight through the 1960s. the 1970s saw Baglietto begin using aluminum, a material it favors to this day. The decade also saw the launch of Chato, a 25-meter (82-foot) motoryacht powered by hydrojet propulsion that hit 62.5 knots. Baglietto built its first significant megayacht in 1987, the 35-meter (115-foot), 36-knot Adler. Just seven years later, the yard began collaborating with famed designer Francesco Pazskowski, whose work characterizes every yacht launched since then. 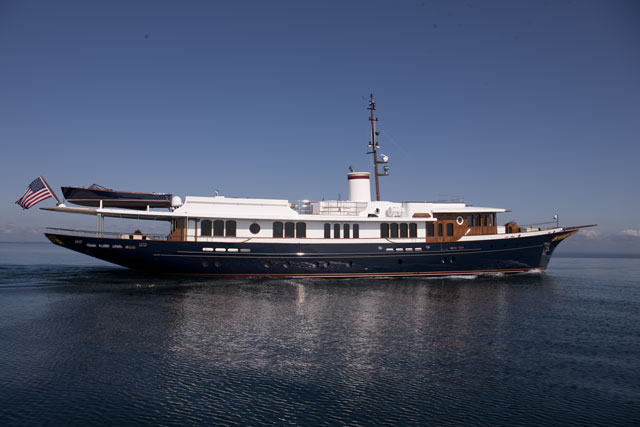 5. Burger Boat Company: founded 1863. Located on Lake Michigan in Wisconsin, Burger is also among the oldest shipyards in America. The founder, Henry Brauburger, immigrated from Germany as a child. The family shortened the name to Burger after arriving. Henry Burger learned shipbuilding in 1857 as an 18-year-old, then began building fishing boats a few years later. In 1870, he merged operations with another local builder. They formed the Greene Rand Burger Shipyard and focused on wood sailing ships. The Burger and Burger Shipyard followed in 1886, with Henry’s nephew George joining him and specializing in ship repairs. By 1911, wood cruisers ranging from 80 to 100 feet LOA emerged on a regular basis, and in 1915, the name Burger Boat Company was established. In 1938, Burger produced the first all-welded steel auxiliary ketch built on U.S. shores, the 81-foot Tamaris. Sailboats and steel yachts stopped production in the 1960s, with Burger switching to power craft and aluminum construction. In 1973, the yard launched its then-largest all-aluminum project, the 99-foot yacht Buckpasser, complete with a helipad. Of course, far larger yachts have been built since then, including the 144-foot Mirgab V, 153-foot Ingot, and 151-foot Sycara IV (above).

6. Benetti: founded 1873. Lorenzo Benetti established the Italian yard that bears his name, though the original location was in Lucca. Like several of the oldest shipyards mentioned so far, it was a family business. His sons, Gino and Emilio, took over upon his death 40 years later, renaming it Fratelli Benetti. They also expanded business beyond the immediate Mediterranean Sea. In 1927, upon Gino’s death, his sons Giuseppe and Virgilio joined Emilio, as did Emilio’s own sons, Maurizio and Bertani. Under their watch, Fratelli Benetti constructed Maria, the first diesel-powered, steel-hulled ship, in 1941. With yachts remaining the focus in subsequent decades, the yard went on to make history in 1979. It delivered Nabila to Adnan Khashoggi. Measuring 86 meters (282 feet), she’s still around today, as Kingdom 5KR. Today, Benetti builds both custom and semicustom craft from 93 to 164 feet.

JUST MISSING THE CUT: Lürssen, founded 1875. Four generations after Friedrich Lürssen created the company, his family still operates the German yard. More than 13,000 vessels have emerged from its facilities. Lürssen is responsible for several significant firsts. For example, it built the world’s first motorboat in 1886. It also constructed the first minesweeper for the Germany navy and the first diesel-powered boat. Of course, yacht watchers pay more attention to its pleasure craft. Lürssen has become one of the most prolific yacht builders over just the past 20 years. In addition, the sheer size and complexity of some deliveries is enough to make even the most jaded person’s jaw drop. Imagine the reaction in 1973 when the 72-meter (233-foot) Carinthia VI emerged (now known as The One). Lürssen built a larger successor in 2002, measuring 97.2 meters (321 feet)… but eyebrows raised before that, in 1997, with the delivery of the 96.25-meter (316-foot) Limitless. And how can we forget the 162-meter (531-foot) Dubai, which Lürssen and Blohm+Voss started construction on about a decade before she was completed at the Jebel Ali Docks in Dubai.