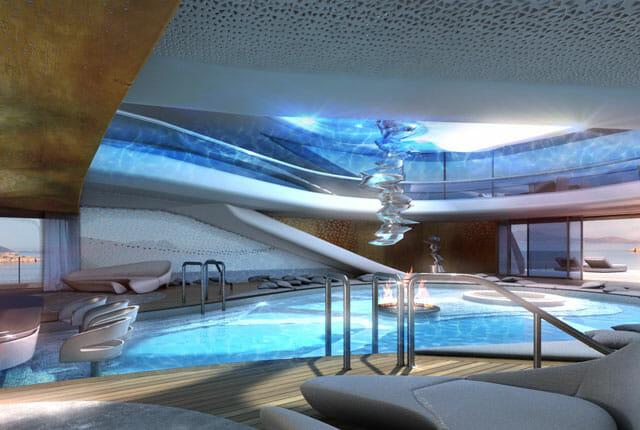 The Italian Sea Group is drawing on its commercial-craft and naval experience to attract super-size superyacht buyers to its fold. The Admiral X Force 145 concept is its entry into the 300-foot-plus realm, measuring 475’7” (145 meters).

Because there are far fewer clients in this size range compared to the more traditional ranges, competition is tough. That’s why The Italian Sea Group is touting the experience of its Nuovi Cantieri Apuania division, combined with its yachting divisions. Based in Marina di Carrara, Nuovi Cantieri Apuania constructs naval vessels, cruise ships, and others to 820 feet (250 meters) LOA. Last year it delivered Messina, a 482’3” (147-meter) ship for the company owning and maintaining Italy’s railway network, as the non-stop ferry between Sicily and Sardinia. 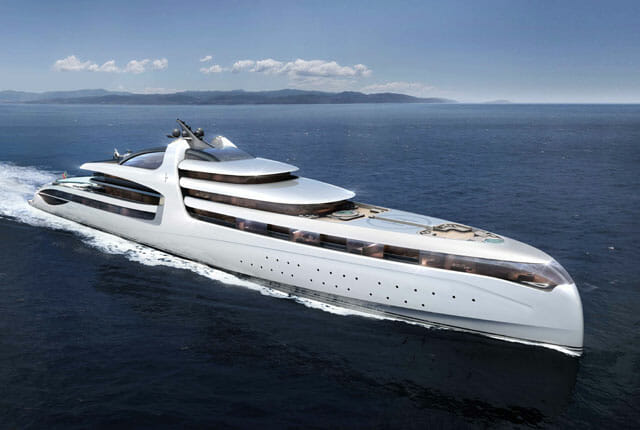 The buyers interested in the Admiral X Force 145, though, primarily will focus on lifestyle amenities. (Space trumps all in this end of the market.) Dobroserdov Design has graced the yacht with longer and far more open alfresco areas than most concepts in this realm. Tiers of fold-down balconies and a two-deck-high beach club are among the attractions, too. The beach club, designed by Gian Marco Campanino, is anticipated to be the most popular spot. It includes a spa as well as a pool, with a bar, that extends from inside the Admiral X Force 145 to the doors leading out to the expanded swim platform. Naturally, buyers can request a lounge with TV and more in the beach club. Chances are good that the design team has already thought about them, too, based on what most clients want. 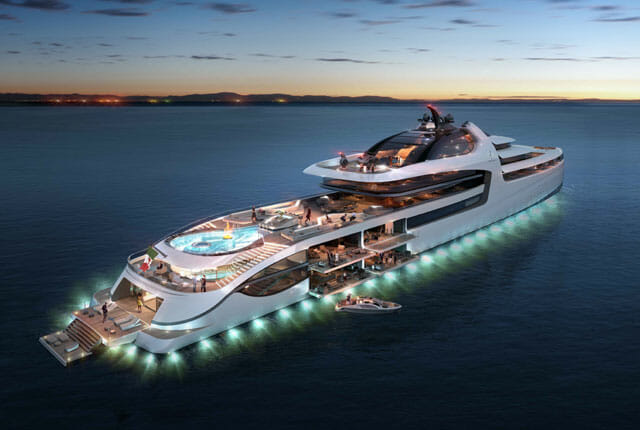 Campanino is also responsible for the full interior design of the Admiral X Force 145. He’s collaborated with The Italian Sea Grouop on Flying Dragon and other projects. Complementing the profile, the relaxation spaces employ curves, and abundant natural light via full-height windows. Those will serve the two-deck saloon well. The balconies seen on the main deck are inside the VIP suites, and are on both sides of the yacht. Common areas feature gardens, firepits and fireplaces, and even (get this) ponds. All guests get use of gyms, cinemas, sunning spaces, and abundant toys. One of the two helipads will likely be for their arrivals and departures, too. The other? Surely for the owners.

Speaking of the owners, the Admiral X Force 145 reserves the best for them. They get an entire deck. It’s longer than a number of megayachts themselves: 180 feet (55 meters), with private alfresco space.