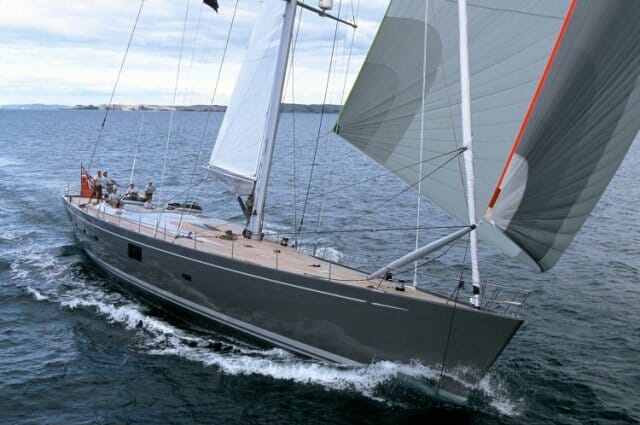 Performance sailing yachts may seem like they’re just now becoming popular. However, they’ve been an attraction for many a megayacht owner for quite some time. Silvertip, built by Yachting Developments, is a good example. This 111-footer (33.8-meter) performance sloop launched in June 2001.

Silvertip bears design work by Dubois Naval Architects and was quickly recognized as a leader in her class. She received an International Superyacht Society design award for Best Sailing Yacht 23-36 Meters, for example. Silvertip also won the Millennium Cup in both 2003 and 2012. In fact, in the latter year, she proved size was no matter, being one of the smallest competitors yet the best in the light air during the race.

Something that set Silvertip apart for her time was her lifting keel foil. Yachting Developments says this, and other elements of her design and construction, pushed its team to new achievements.

In this video, you’ll see Silvertip showing off her performance edge. While her interior is not shown, it, too, pushed Yachting Developments, by the yard’s own admission. It’s highlighted by pear wood.