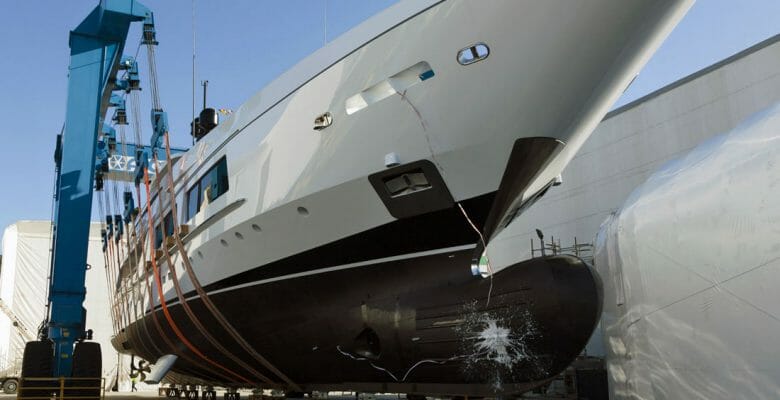 She’s known just as hull #10219 for now. But, the 54-meter (177-footer) that Baglietto lowered into the water this weekend hints at more to come for the Italian builder.

For one, the Baglietto 54M is the first launch of the year. She’s a displacement configuration, constructed of steel and aluminum. The Baglietto 54M is also the latest project to bear styling and interior design by Francesco Paszkowski Design. (Longtime Paszkowski studio collaborator Margherita Casprini also contributed to the interior.) The design firm has a strong relationship with Baglietto that will bear further fruit with a few additional launches this year. In fact, the Baglietto 54M styling will be echoed on three additional megayachts under construction. Specifically, they are 43-, 48-, and 55-meter models (141, 157, and 180 feet, respectively). Two more megayachts soon to start will feature similar styling, too. They’re 58- and 62-meter models (190- and 203-footers). The reason: Baglietto wants a family feel to its displacement line. 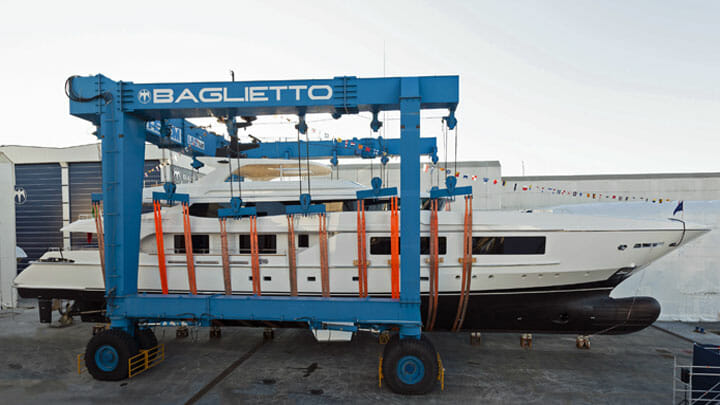 As for the Baglietto 54M, the shipyard is not revealing details about the interior design or overall configuration. When it first publicized the project, it did provide anticipated performance data. Cruising speed should be 13 knots, and top end should be 17 knots. The power package is twin Caterpillar 3512Bs.

It’s worth noting that the bulbous-bow-equipped Baglietto 54M shares something with a smaller sister. She, too, is part of the displacement series, measuring one meter shorter. They have the same engineering platform. So, deliveries like Blue Scorpion, Gitana, and Baraka can be looked to in foretelling what the Baglietto 54M may do.