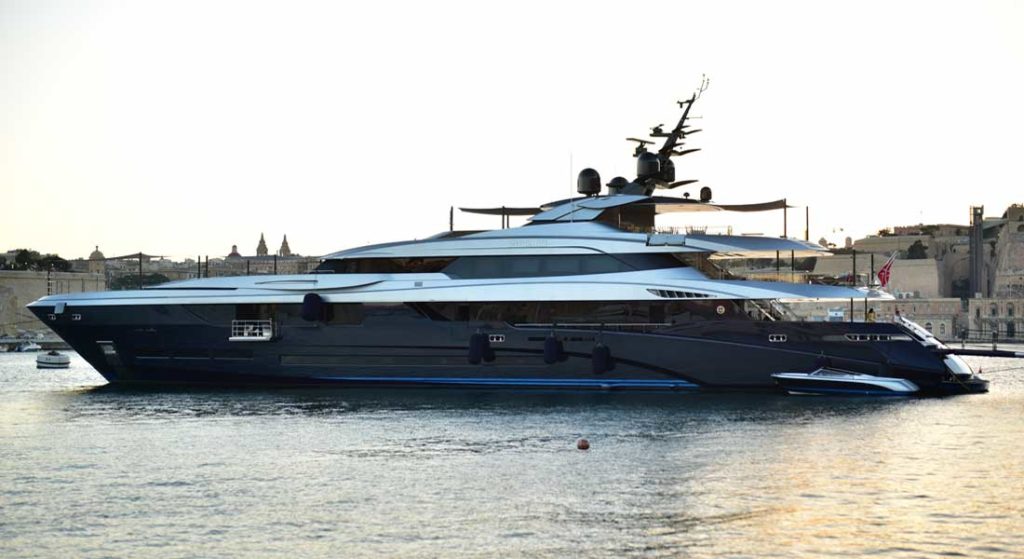 Set your DVR for June 14 if you are a Netflix subscriber. For a little over an hour and a half, you’ll get to see a New York City cop and his hairdresser wife try to solve a murder aboard a megayacht. The film is Murder Mystery. The cop is played by Adam Sandler, the hairdresser is played by Jennifer Aniston, and the yacht, naturally, is played by a megayacht, Sarastar.

Filming aboard Sarastar took place last summer, in the picturesque port of Santa Margherita, Italy, as well as along the coast toward France. Interestingly, however, in the script, the action takes place in Spain. Regardless, a few other yachts make brief appearances in the background in a few scenes, as you’ll see in the official trailer below.

Italian media reported last year that filming took place inside Sarastar as well as on deck. Some of the trailer scenes, though, seemingly from her rooms don’t match Sarastar’s real interior. The scenes reveal a traditional, classic decor, whereas the megayacht is much bolder, even eclectic.

You can check it out yourself in person. Sarastar is chartering in the Western Med this summer via Burgess, her central agent. Maybe you can stream Murder Mystery while you’re onboard.