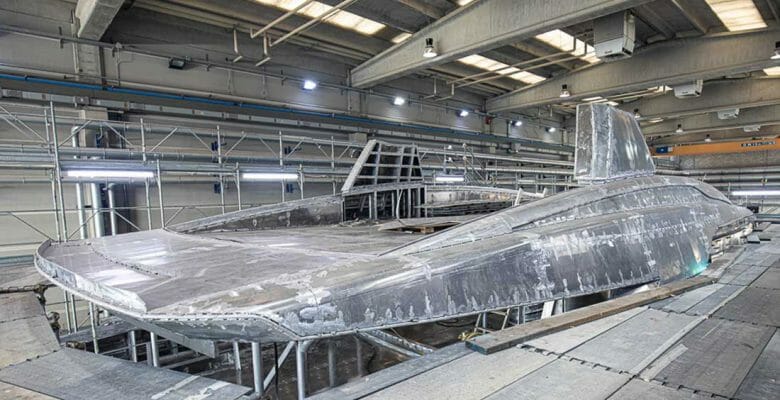 Since opening its doors a little over a decade ago, Tankoa Yachts has delivered several yachts starting at 150 feet (48 meters). Success continues, with the sale of the Tankoa 50-meter series hull 4. Already under construction, she should start cruising in the summertime of 2022.

Tankoa created the series with Francesco Paszkowski Design, to target buyers seeking good spaces while remaining within the 500-gross-ton mark. Measuring 163’7” (49.9 meters), the all-aluminum line includes hull number three, Olukun, which just launched several weeks ago. The other predecessors are Bintador (below), with delivery last year, and Vertige, from 2017.

The Tankoa 50-meter series hull 4 was already about 40 percent finished when the owner decided to acquire her. While the owner appreciated the relatively conservative styling from Paszkowski’s studio, he additionally appreciated the ability to personalize the various decks. The shipyard has not revealed specifics as to how relaxation and entertainment areas are configured. However, overall, the megayacht can welcome aboard an owner’s party of 12. 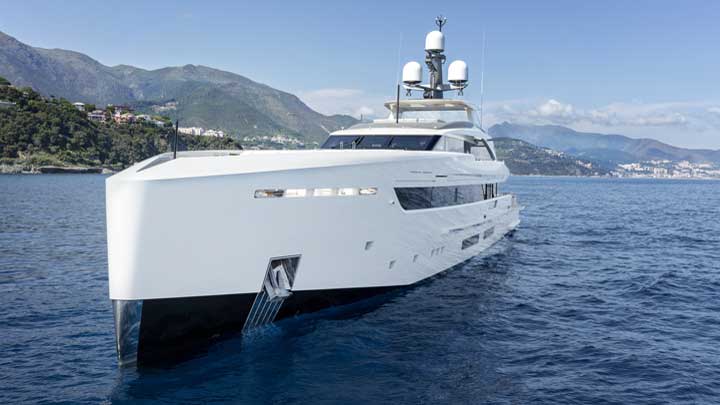 Something we do know that the owner requested, however, is hybrid propulsion. In fact, she will feature the same setup as Bintador. Specifically, two MTU diesel engines pair with two 300-kW electric motors, the latter driven by twin variable-speed gensets. While the megayacht can operate only on the diesels, maxing out at 16½ knots, the electric motors can propel her, too. They should permit 10½ knots and a range of 4,900 nautical miles. Additionally, hybrid operations are possible. With this, one MTU’s shaft turns one electric motor, without any gensets active, for an anticipated 12 knots and 4,000-nautical-mile range.

Look for the Tankoa 50-meter series hull 4 to finish construction toward the end of 2021. The above-referenced cruising period will be her first summer season.

In the meantime, the shipyard intends to continue starting some projects on spec. Hull number five in this series recently began, for instance. Furthermore, Tankoa intends to invest in its facilities to expand its abilities.