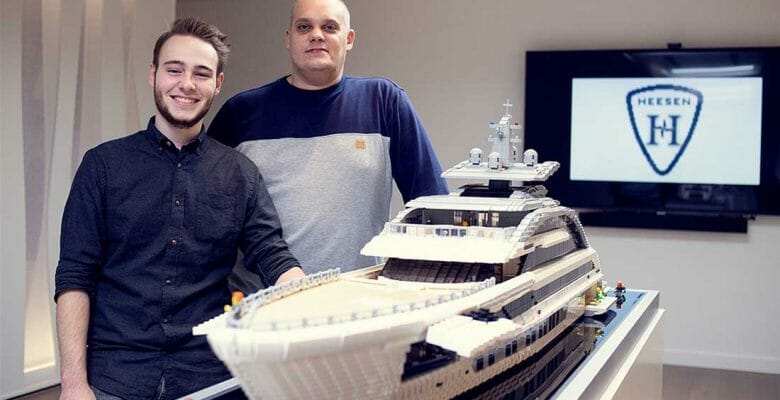 Shipyards build things out of fiberglass, aluminum, and steel… while four particularly intrepid “builders” used a bunch of Lego bricks. In fact, they built a Lego Heesen megayacht, to accurate scale, right down to the sunpads and toys. You can vote for your favorite one and win some Heesen swag—along with a Lego set, of course.

If you have kids at home, or if you grew up with Legos, surely you’re familiar with the TV show Lego Masters. An international sensation, it features teams of two Lego enthusiasts who compete against each other each week, rising to tough challenges. The duo that impresses the judges the most make it to the next round. The last two teams standing go head to head for cash, a Lego trophy, and the title of (you guessed it) Lego Master. 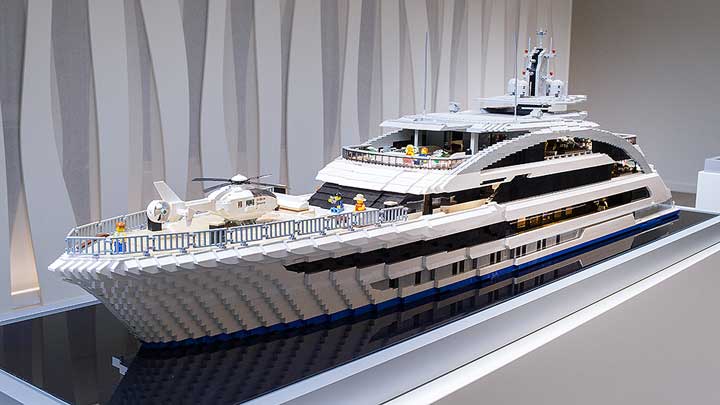 The two finalist teams in the Dutch-Belgian version of the show recently received an intriguing invitation from Heesen Yachts. The yard challenged them to build a replica of Project Cosmos, set to be among the world’s fastest and largest all-aluminum megayachts. Their Lego Heesen creations (above) are at a scale of 1:42, about 6’6” (2 meters) long. Additionally, they include Minifigs, a.k.a. Lego versions of owners, guests, and crew (below). 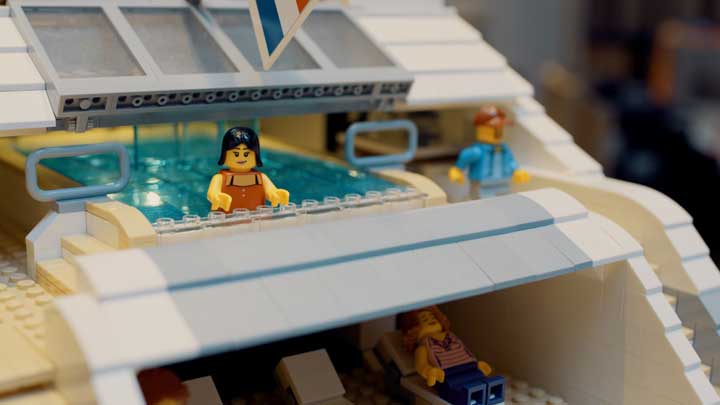 Both teams—Björn Ramant and Corneel Clarys (top), and Martijn Brinkman and Jos van Uum (whose creation is above)—visited the yard and toured Project Cosmos. Ramant and Clarys then spent 150 hours digitally designing the yacht in BrickLink Studio, which lets aficionados design and create their own bricks. They further spent 60 hours building the Lego Heesen. Meanwhile, Brikman and Uum used 12,000 bricks for not only the hull, but also opening tender hatches and movable sun awnings.

To vote, visit the dedicated page on Heesen’s website. The contest, in which you can vote only once, runs through December 10. The shipyard will announce the winning Lego team and swag recipients on December 17.