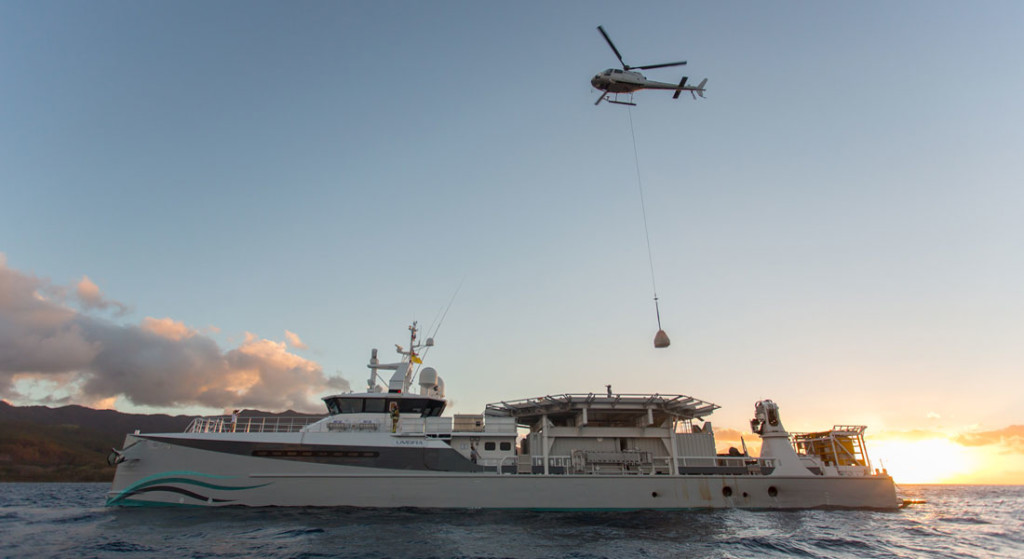 In March, Cyclone Pam slammed into the island nation of Vanuatu. Despite significant humanitarian aid delivered, partially thanks to YachtAid Global, the need remains critical. YachtAid Global has therefore created the #TAGYAG fundraising campaign, which taps the power of social media.

The non-profit organization is requesting yacht owners, crew, industry representatives, and more consider personal donations of $50 to $100. YachtAid Global is also asking industry companies to consider donating $1,000. Whatever you give via YachtAid Global’s donations page, you’re encouraged to use a special hashtag, #TAGYAG, on your social media accounts. You’re also asked to include the donations page link so that others may do the same.

Even before launching #TAGYAG, YachtAid Global and a network of Vanuatu-based partners helped coordinate the arrival of two megayachts in Vanuatu. Those partners include Kaleva Yachting Services, a superyacht agency; Promedical, an emergency medical response team; and the Butterfly Trust, a non-profit supporting education and better health care. The first megayacht to arrive was Dragonfly. The crew of Dragonfly “were shocked daily,” as the captain put it, by the devastation. Thankfully, the yacht delivered medical supplies and 13,000 gallons of drinking water, plus enabled medical evacuations via her helipad and helicopter. And, the crew helped treat the injured, set up shelters, and clear fallen trees from roadways. After Dragonfly had to depart, Umbria (pictured) arrived. Her crew also delivered potable water, facilitated medevacs via her helipad and helicopter, cleared roads, rebuilt homes and schools, and more. The United Nations Office for the Coordination of Humanitarian Affairs has formally recognized the contributions of both Dragonfly and Umbria.

So, what can #TAGYAG help secure for Vanuatu? “There are scores of islands that are in need of basic necessities like water, food, clothing, fuel, building materials, school supplies, medication and medical supplies, etc.,” explains Capt. Mark Drewelow, founder of YachtAid Global. “We are counting on the yachting community to spread the word.”

#TAGYAG will also bring much-deserved recognition to the yacht captains and crew who, as Drewelow says, “put it all on the line to go into a disaster zone and the unknown to help people.” He considers them, plus the owners of the responding yachts, the “unsung heroes in this remarkable network.”

Judging from other charitable-oriented social media campaigns, #TAGYAG could very well have an impact. Take the highly publicized Ice Bucket Challenge last year, for example. Thousands of people videoed themselves dumping ice water over their heads and shared the videos on Facebook and more. In one month, $100 million was raised for ALS research. Also last year, Marine Group Boat Works effectively used Facebook to request and coordinate the receipt of hundreds of supplies for the people of Cabo San Lucas, Mexico following a hurricane.

In related news, YachtAid Global and its partners were coordinating the arrival of a third megayacht in Vanuatu as we were going to press.