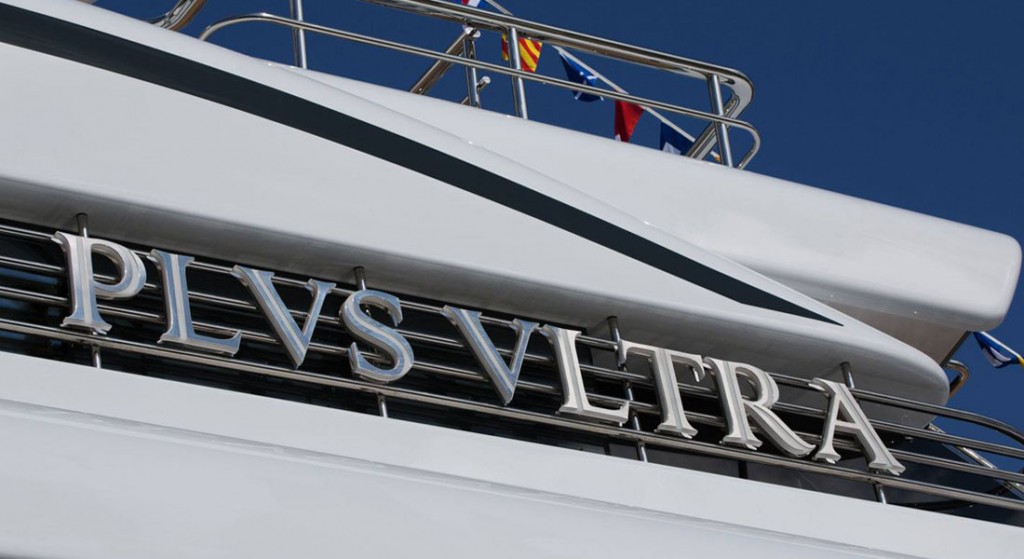 The first Amels 242 was treated to the traditional bath of champagne across the bow last week. Her owner as well as the owner’s family and friends were on hand for her official unveiling as Plvs Vltra.

Previously referred to as project Freefall, Plvs Vltra is the first of three Amels 242 megayachts in build. Her sale was announced in late 2013. Styling is by the same studio behind the rest of the Amels Limited Editions yachts, Tim Heywood Design. She showed off those looks during sea trials (below), which took place about two weeks prior to the christening. If you know anything about the weather in The Netherlands, you’ll appreciate the commentary that Amels used to accompany the photo: “Even the chilly Dutch North Sea looks rather nice when graced by the gorgeous lines of the new 74-meter Amels 242, out for sea trials near our yard in Vlissingen, The Netherlands. The yard says Plvs Vltra sees a best range of 5,000 nautical miles at 13 knots. Top speed should be 16½ knots. 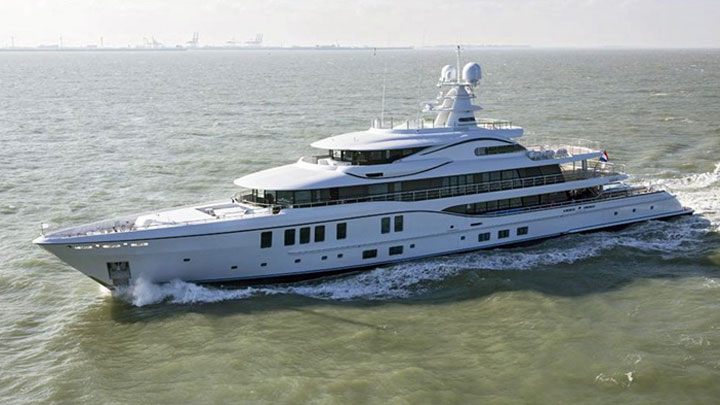 The interior of each Amels 242 can be designed by the studio of the owners’ choice. The owner of Plvs Vltra selected Andrew Winch Designs. No details are available on decor materials used in the 2,583-square-foot owner’s (240-square-meter) deck or elsewhere. Regardless, some Very Important People will get to enjoy two main-deck VIPs, each containing offices. And, all get to use the sauna, steam room, and gym in the beach club. Given the overall gross tonnage of 1,725 and 40-foot (12.25-meter) beam, Plvs Vltra should feel commodious.

Plvs Vltra is being readied for delivery before the end of the month.