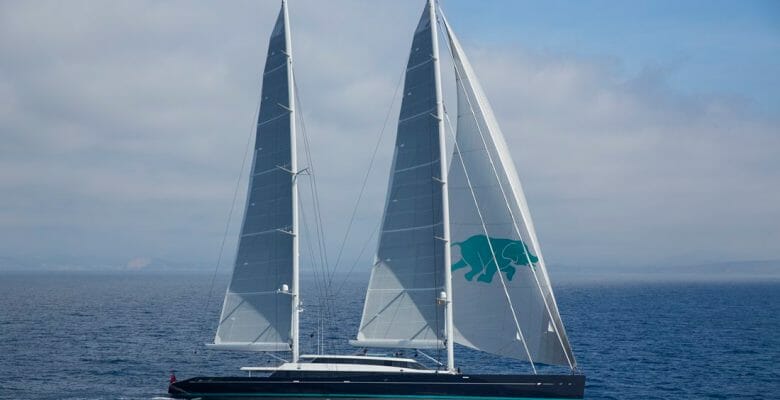 Every megayacht delivery deserves attention, no matter how “big” or “small” she may be. But it’s human nature to gravitate toward the biggest of the big. Seeing several decks stacked atop each other is impressive. A number of impressive deliveries occurred this year, with some being high profile and owned by equally high-profile people. These, though, are the six largest megayacht deliveries, for the record books in several ways as you will see.

1. Fulk Al Salamah. Mariotti Yachts completed the largest megayacht of the year over the summer. Fulk Al Salamah measures 538 feet. Mariotti Yachts and other companies involved in the build kept a lid on details during construction. They continue to do so, too. But, it’s clear she’s the newest shadow vessel for Al Said, owned by Omani royalty. Al Said long had a shadow boat by the same name. Fulk Al Salamah has been in the Gulf of Oman since delivery. Her name translates to “Ship of Peace” from Arabic.

2. Dilbar. When shipyards are allowed to publicize significant-size projects, it’s exciting. Having Lürssen reveal details about Dilbar, then, was extra exciting. Measuring 512 feet LOA, she has more than 40,900 square feet of relaxation space. Those spaces include an indoor pool with more than 6,350 cubic feet of water. Lürssen claims it’s the largest enclosed pool aboard a yacht. The shipyard even shot video of Dilbar’s construction, editing 52 months of footage into a time-lapsed 40 seconds:

3. Ulysses. New Zealanders Graeme and Robyn Hart surprised yacht watchers by choosing a commercial shipyard, Kleven, to build their newest expedition yacht. But, they chose Kleven for its background with sturdy vessels. Ulysses, measuring 351 feet, can accommodate 60 guests, along with lots of traditional watertoys and offroading vehicles. The yacht is already for sale, due to an even bigger Ulysses coming next year, also from Kleven. The people in this video could be you, if you buy her.

4. Aquarius. Though Feadship hasn’t revealed the owner’s identity, it wasn’t too hard to figure out that Aquarius (below) belongs to casino mogul Steve Wynn. Wynn has openly discussed his enjoyment of yachting and yacht ownership, including previous boats named Aquarius. The new Aquarius measures 302 feet, and she carries some of Wynn’s renowned art collection. She’s spending her first cruising season in the Caribbean. The yacht’s name comes from the Zodiac sign.

5. Lionheart. At 295 feet, Lionheart is the biggest Benetti of the year. Sir Philip Green, a retail magnate from the UK and repeat customer, is the owner. Totaling four decks high, Lionheart became a target of the media and the public this summer. It’s due to an ongoing controversy involving pensions at BHS, a retailer he formerly owned. In September, a British comedian got close enough to the yacht in Monaco to hang a banner on her, reading “BHS Destroyer.” 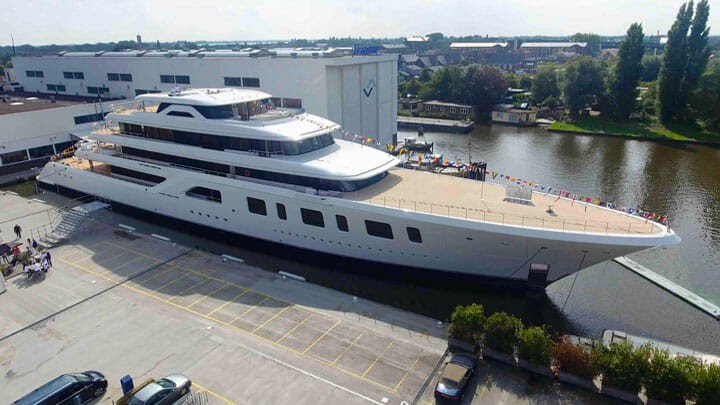 6. Aquijo. At 279 feet, Aquijo (at top) is the year’s largest megayacht under sail. She’s also the world’s largest ketch. The owner commissioned her to travel on her own bottom around the world. She has some unusual features for a sailing yacht, including a big beach club. It additionally contains a hot tub. Aquijo is the result of cooperation between the builders Oceanco and Vitters. Vitters has the sailing expertise, and Oceanco has the super-size superyacht expertise for a project like this. Aquijo is available for charter for €400,000 per week, which is about $418,272 in today’s market.

So, what can we expect in 2017? Tune in tomorrow to find out. We’ll run down the seven largest megayacht deliveries set to happen.