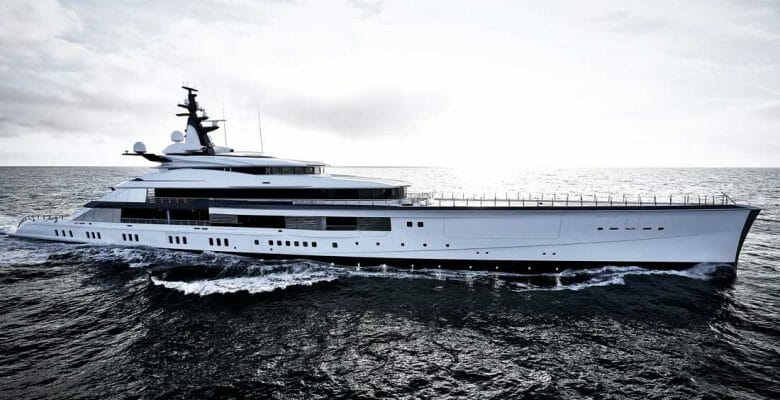 Whether you’re an owner or an admirer, surely you look forward to certain yachts launching year after year. But, it’s worth looking back, too. Specifically, it’s worth noting what significant projects made their way into their owners’ hands over the previous 12 months. These eight yachts are the largest megayacht deliveries of 2018, ranked in descending size order.

Crescent. Known as Project Thunder while in build, this nearly 443-footer (135-meter) departed Lürssen several months ago. “Thunder” signifies the god of thunder, Lei Gong, in Chinese mythology, since the yacht will cruise primarily in Asian waters. A closely guarded secret dating back before her launch in April 2017, Crescent bears exterior design by Espen Øino. It’s immediately eye-catching, due to vertical glass panels dominating nearly the height of three decks.

Ulysses. The 381-foot (116-meter) successor to a same-named megayacht departed for her maiden voyage in June. She marked the second megayacht for Norway-based Kleven, a commercial shipyard. The same owners, Graeme and Robyn Hart of New Zealand, commissioned both. Bearing an amazing armada of toys, Ulysses is about as rugged-looking as they come.

Anna. At 361 feet (110 meters), Anna (above) is officially the largest-ever build from Feadship. She was pretty confidential during that build, too, going by the name Project 1007. Among the few facts known: interior design is by Brian J. McCarthy, a residential specialist situated in New York. Michael Leach Design, meanwhile, graced her with an unmistakable teardrop-shape feature nearly halfway along her length. Anna bid a fond farewell to Feadship in October.

Bravo Eugenia. This 358-footer (109-meter) recently departed Oceanco for her maiden voyage, to Norway. Bravo Eugenia (top) went by the code name Project Bravo and hull Y718 during construction. Featuring styling by Nuvolari-Lenard, the megayacht has a 53’5” (16.3-meter) beam, yet appears slim. She also features hybrid propulsion, with machinery in a single-level engine room, unusual for such a large megayacht. Rumor has it that the owner of Bravo Eugenia is a prominent American sports-team owner. 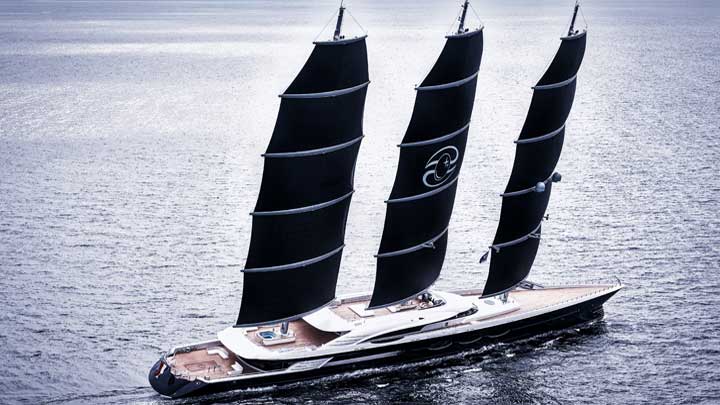 Dream. Dream is a ferry-turned-yacht, a dream that might have seemed dashed at one point. Why? It took more than eight years for the conversion to complete. She belongs to George Procopiou, a Greek national who heads a shipping company. LOA: 348 feet (106 meters). Twenty-eight crewmembers see to operations aboard Dream, which additionally features 22 staterooms for Procopiou and his guests. While Dream still resembles a cruise ship in profile to a certain degree, she is every inch a luxury yacht inside. Intricately inlaid marble floors and equally intricate frescoes flow throughout. Styling is by Giorgio Vafiadis of Studio Vafiadis, and interior design is by Ciarmoli Queda Studio. “It was a dream that I had since I was seven years old,” Procopiou says of commissioning this megayacht. “To build a boat and visit the world.” Dream now holds the distinction of being the largest megayacht registered in Malta.

Black Pearl. At (106.7 meters), Black Pearl (above) isn’t just among the largest megayacht deliveries of 2018. She’s the largest sailing-yacht delivery of the year, seeing hand-over from Oceanco in March. Furthermore, she’s the world’s largest sailing yacht using a DynaRig. Her owner, who enjoys private cruising, has kept her interior out of the public eye. However, he’s been more than happy to share information on Black Pearl’s sophisticated hybrid propulsion system. Some of the solutions are first-time accomplishments in yachting. 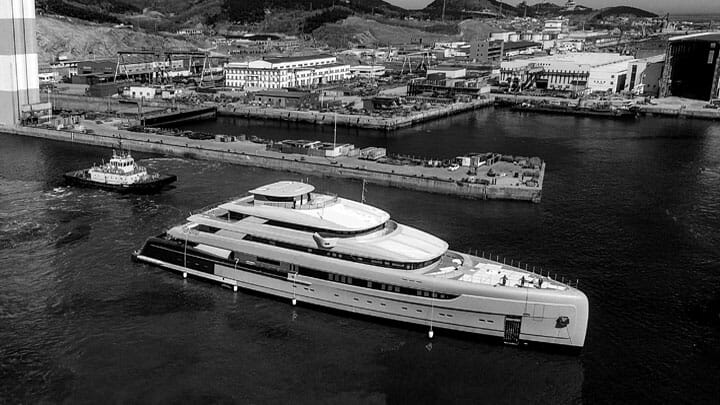 DAR. An extraordinary 4,306 square feet (400 square meters) of glass adorns DAR. What makes it even more intriguing is that much of it is painted black, blending into her structure. However, it doesn’t inhibit visibility from inside. DAR, measuring 295 feet (90 meters), gets her name from the initials of the owner’s immediate family members. LOA: 295 feet (90 meters). For an inside look at DAR, see our Megayacht News Onboard feature.

Illusion Plus. While a few megayacht builders call China home, none has ever launched a super-size superyacht. That is, until Pride Mega Yachts completed Illusion Plus (above) this year. Measuring 290 feet (88.5 meters), the megayacht has six decks and displaces more than 3,600 tons. Interested buyers checked out her two-deck atrium, massive master, and more during her debut at the Monaco Yacht Show. Completed on spec, she’s still for sale.