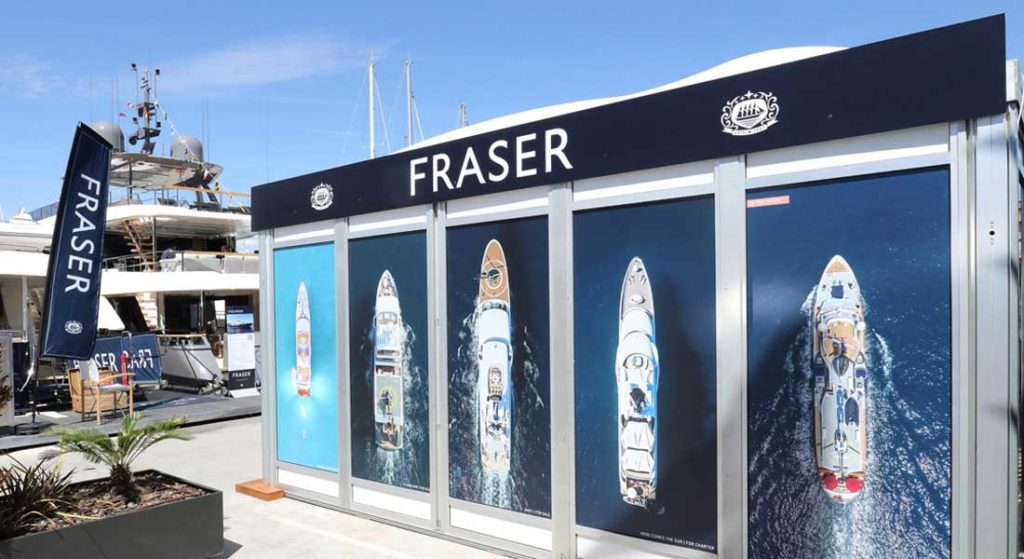 Fifteen years after it acquired a stake in Fraser Yachts, the Azimut-Benetti Group has sold the company to MarineMax. The move is meant to bolster the presence of Benetti in the American market. Simultaneously, it allows MarineMax to expand further into megayacht territory.

MarineMax has enjoyed strong ties with the Azimut-Benetti Group for some time. For example, it’s been handling U.S. sales for Azimut since 2006. Ten years later, MarineMax added megayacht management, charter, and crew services to its customer offerings. The idea was to retain clients as they stepped up to larger yachts. Fraser Yachts, of course, specializes in these services, along with new-construction consultation. Raphael Sauleau, CEO of Fraser, says his team can now “share with MarineMax clients an extended range, and depth, of 24 meters plus (79 feet plus) yacht services, support, and guidance.” He further points to Fraser having strong ties to the United States. It opened its doors in California in 1947, for instance. Plus, “American yacht owners and charterers account for over 50 percent of our business today,” Sauleau says.

Brett McGill, MarineMax’s CEO and president, adds that the company is especially keen to present the Benetti Class semi-custom megayachts. “The history and product of Benetti separates the brand from other yachts, and will present larger and more luxurious options to many of our customers, who are looking for that next step,” he explains.

While the Azimut-Benetti Group attained partial ownership of Fraser Yachts in 2004, it acquired full shares in Fraser Yachts less than two years ago. Fraser has 20 global offices, including headquarters in Monaco and presences in San Diego, Seattle, and Fort Lauderdale. MarineMax says the sale will not change staff. This includes Paolo Vitelli, CEO and chairman of the Azimut-Benetti Group, who is additionally a Fraser director.

Vitelli says MarineMax is “the best possible owner of Fraser for the future.” He further comments, “Strategically, becoming independent from the Group will favor the development of the commercial relationship of Fraser around the world.”