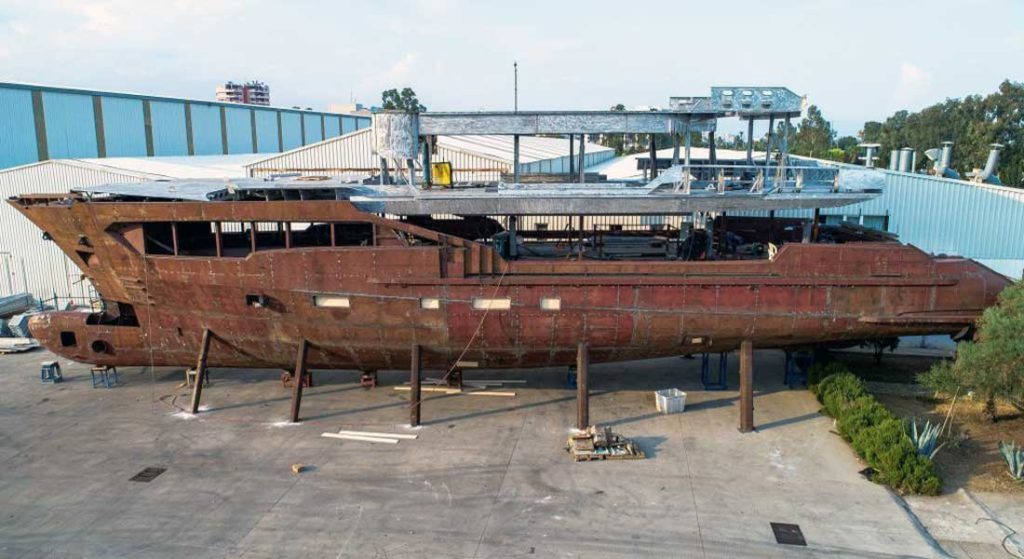 Hull number two of the Kando 110 series from AvA Yachts, also famously known as NBA star Tony Parker’s superyacht, celebrated an important moment earlier this week. The Turkish shipyard joined her hull and superstructure together. She remains on pace for delivery next summer.

Parker signed the deal last year, after his advisory team visited the shipyard three times. The team additionally surveyed hull number one, which was under construction.

Parker’s superyacht, with a steel hull and aluminum superstructure, is part of a semi-custom series. Therefore, she will have the same emphasis on long-range cruising, and a large fuel capacity. For range, the megayacht should see an impressive 6,400 nautical miles at 10 knots. Power comes from twin 650-hp Volvo Penta diesels. As for fuel, a total of 11,888 gallons (45,000 liters) will be onboard. Furthermore, this Kando 110 will carry Bureau Veritas classification for unrestricted navigation. 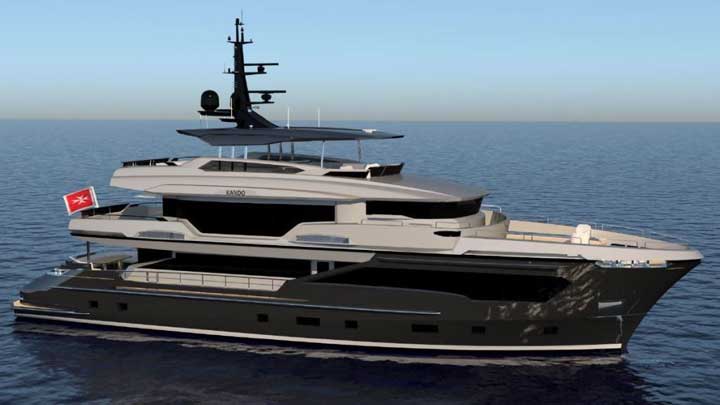 In addition, Parker’s superyacht will feature a light, contemporary interior design. He and his wife are each taking active roles, with the shipyard’s in-house team. Among the features, they’ll have a private deck area to themselves. They’ll also have a full-beam (25’6”, or 7.8-meter) skylounge where they can entertain friends and family. Six crewmembers and a captain will be aboard, too. (Guest head count remains confidential for now.)

In the meantime, hull number one of the Kando 110 is finishing up her sea trials. She premieres at the Cannes Yachting Festival next month. Furthermore, hull number three in the series is available.