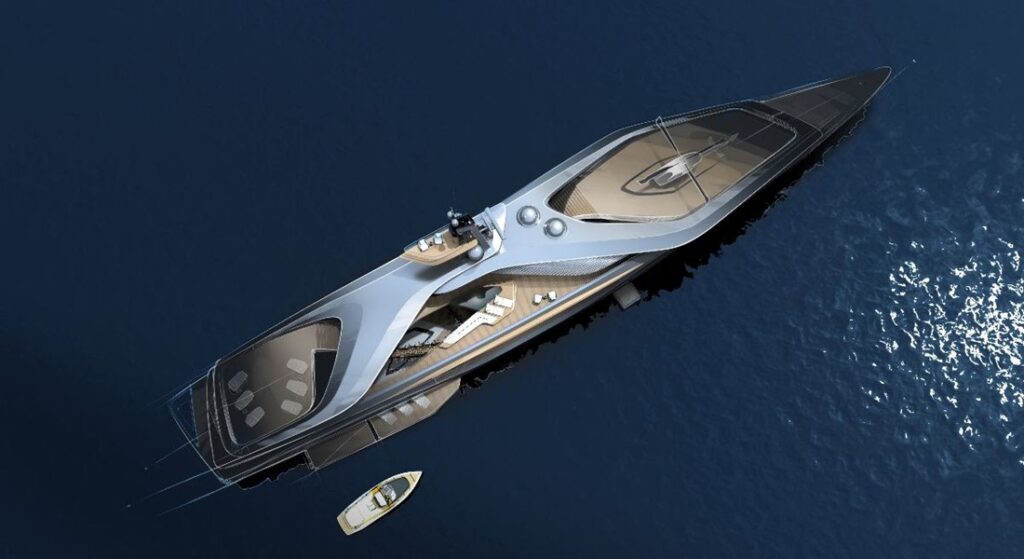 Every year, Oceanco releases a new design proposal to provoke thought into lifestyle amenities, styling, and performance. With the new Kairos concept, the Dutch shipyard has partnered for the first time with the famed Pininfarina design studio. Fittingly, time plays a big role in the design, too. “Kairos” is an ancient Greek concept relating to an opportune moment for a particular message.

One big message behind the Kairos concept is sustainable propulsion. In combination with Lateral Naval Architects, Oceanco conceived the megayacht to feature hybrid propulsion. Primarily, the megayacht relies on batteries. It’s in keeping with the Oceanco NXT initiative, which has multiple components. In terms of environmental impact, the goal is to eliminate emissions.

Sustainability under the NXT initiative extends to the owners’ and guests’ experience onboard, too. To that end, the Kairos concept taps Pininfarina’s eagerness to break with tradition, since tradition sometimes brings limitations. “Our passion as designers is to imagine new concepts of space that are capable of bringing enchantment to every moment of the yachting experience,” explains Paolo Pininfarina, the group’s chairman. Harkening back to the ancient Greek concept, those moments onboard should stir emotions. Oceanco and Pininfarina want owners and guests to feel excited about commemorating and celebrating time together, and happily anticipate open opportunities for exploration and making more memories, too.

While Oceanco will release more about the Kairos concept later this year, the video is a snapshot look behind the philosophy.