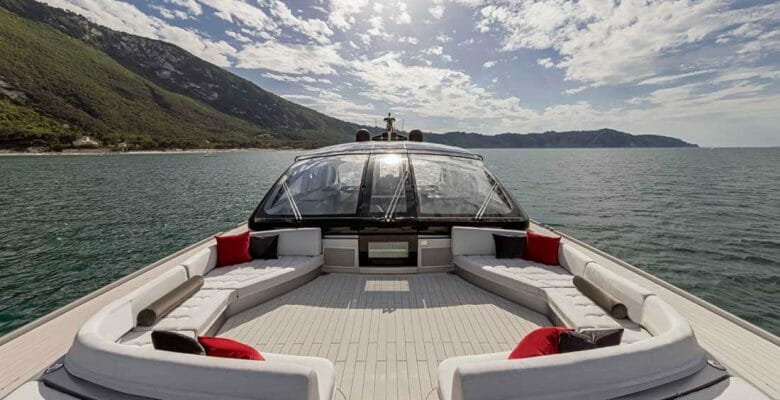 There’s a lot to be said for casting aside your land-based woes and feeling the wind in your hair while at sea. While plenty of yachts make quick work out of departing shore, the super-fast ISA Super Sportivo 100 GTO makes quick work out of cruising, too. Hull number one, Aldabra, recently clocked 55 knots while on sea trials, some of which you’ll see in today’s video.

Carbon fiber in her hull and superstructure help to keep weight down, while three 2,000-hp MAN diesel engines with waterjets propel her to those speeds. When ISA Yachts revealed the series in 2019, designer Marco Casali explained, “ISA Super Sportivo 100 GTO stems from the idea of creating a boat that would exalt the values of sportiness and seaworthiness typical of an open boat.”

Certainly, the yacht resembles an open yacht in some of her styling. More interesting, though, the yacht blends a little of the old and new. ISA Yachts wanted to pay homage to one of the most successful models in its history, the ISA Sport 120. Therefore, for the new series, Casali incorporated opening glass panels in the superstructure. He also made the large air intakes in the upper portion of the hardtop as aesthetically important as they are functional.

For the interior, meanwhile, the shipyard and designer wanted to give today’s buyers the choices they expect. From requesting glossy lacquers to woods and metals, and to having between three and five staterooms, several selections are possible. Aldabra’s owner even incorporates carbon fiber’s signature stitched look in a few places, to call more attention to her high-flying performance.

Look for more Super Sportivo models, including a 121 and 141, in the future.