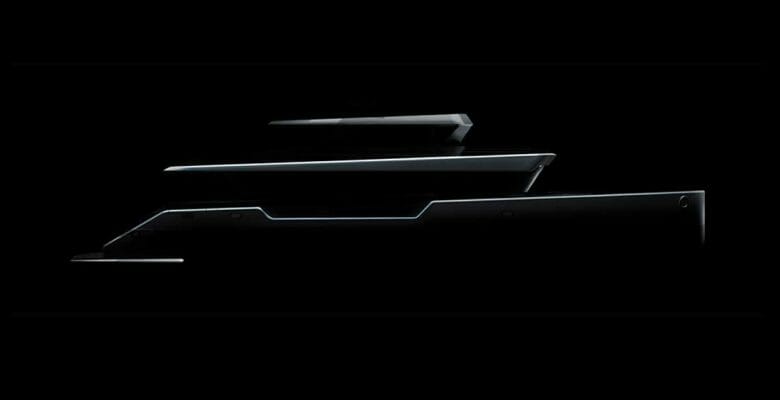 You’ve heard of SUVs… but what about an SAV? CL Yachts coined the abbreviation for Sea Activity Vessel, another way of saying a long-range cruiser to entice exploring. The first of this crossover design is the CLX96, which brings together a multi-national design team.

The CLX96 began with a decided goal. “We looked at the yachting experience with fresh eyes from the inside out—analyzing everything from the habits of modern explorers at sea to our own heritage as a company,” explains Martin Lo, CL Yachts’ director. Even though the new megayacht does have somewhat of a CL Yachts family feel, she looks quite different. Specifically, she departs from the sporty nature of the CLA series and the more traditional looks of the CLB series.

“Visually, she is very distinctive with her bold ‘double-reverse-angle’ profile and iconic ‘wing-like’ flybridge bulkwark,” Forakis points out. “These elements were born from a holistic, functional reconsideration of the way to live on a yacht, and not just for the sake of looking different.” In fact, Forakis says he drew inspiration from his own upbringing in a New York City loft. “I wanted to capture that sense of the limitless possibility of living in open space,” he explains. That said, though, the designer was careful not to focus entirely on residential elements. “I also want those onboard to always be aware that they are on a ‘vessel’ built to transport them through space and time, rather than being in a fixed place, like a villa on land.”

Therefore, the CLX96 has ample foredeck sunpads, which additionally convert to coffee tables. She additionally has a guest-friendly galley, a purposefully social space. The master stateroom is full beam, as you would expect, but so are the VIP staterooms. Plus, some indoor and outdoor areas feel seamless, and voluminous. A good example is the entertainment area aft of the pilothouse, thanks to opening ports to each side.

Since the CLX96 series is semi-custom, buyers can work with the designers of their choice to create elegant or more homey interior looks.