You are here: Home / Yachts / Motoryachts / Sanlorenzo 500Exp Gets Buddhist Blessing at Launch 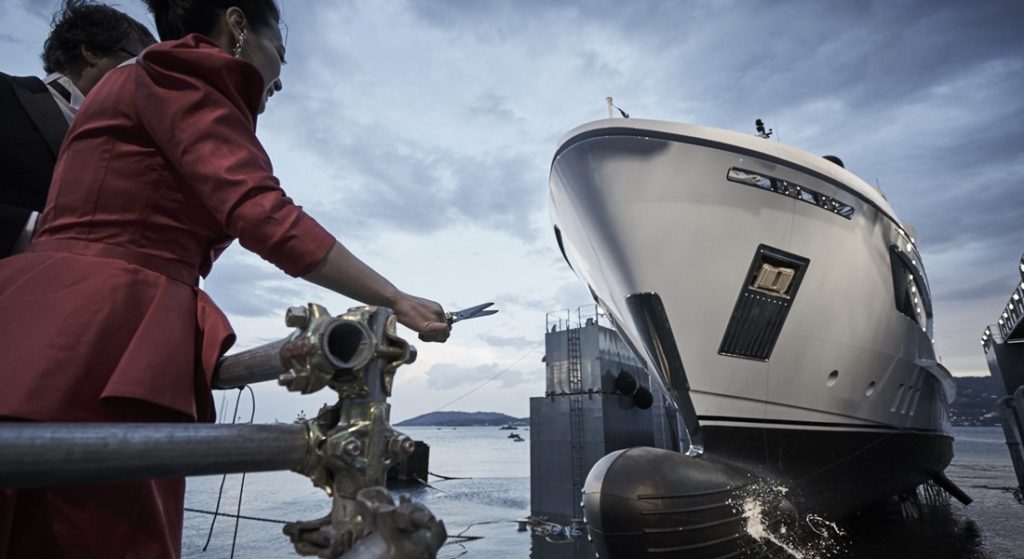 Some yacht launches see christenings blessed by priests. At Sanlorenzo over the weekend, the owner of hull number one of the Sanlorenzo 500Exp chose a Buddhist ceremony to usher her into the water. Of course, he and his wife also kept with another tradition, breaking a bottle of champagne across her bow, as seen above. She’ll cruise under the name Ocean Dreamwalker III.

The Sanlorenzo 500Exp is the second model so far in the Italian yard’s explorer-type series. The first model is the 460Exp, which has seen four launches so far. In fact, the first was Moka, delivered in 2015. Naturally, being part of a series, these two designs bear several similarities. They include elongated aft decks for more relaxation space and more toy stowage either on deck or below. Furthermore, they include more rugged exterior styling. While not meant for hard-core polar cruising, the series is still for visiting far-flung shores. Similarly, it’s for being independent of shoreside serves for lengthy periods. 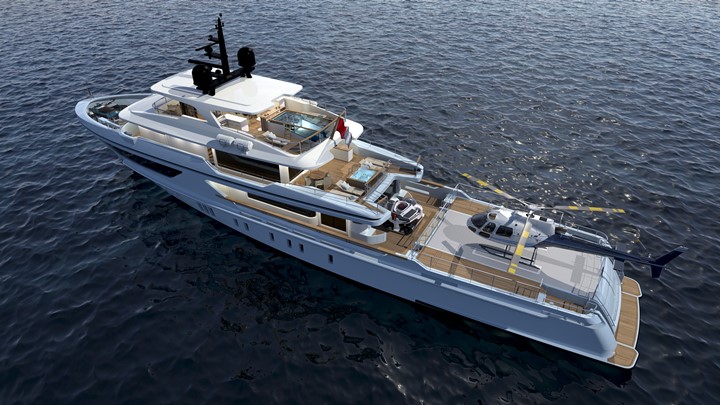 The owner of this Sanlorenzo 500Exp apparently plans to indulge in both. The shipyard says he’s planning a trip around the world. Aiding in that regard, the aft deck is large enough and reinforced for landing a helicopter. (The rendering above shows her final look.) He specifically requested having this ability. While Sanlorenzo isn’t going into details just yet, it also says Ocean Dreamwalker III will tote plenty of toys. Big toys can be among them, too. The tender garage can accommodate a primary boat of up to 23 feet (7 meters).

At 154 feet (47 meters) and 500 gross tons, the Sanlorenzo 500Exp should accommodate an owner’s party of 12. The shipyard is not yet disclosing the interior arrangement, nor decor details. Neither is it disclosing the expected performance for the new series. However, since the 500Exp developed directly from the 460Exp, the latter may provide some insight. The 460Exp has twin Caterpillar power permitting more than 4,000 nautical miles at 11 knots without refueling.