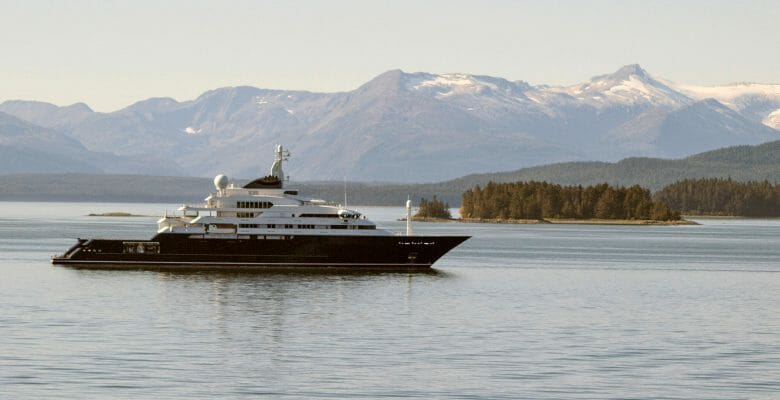 Visiting Antarctica is a once-in-a-lifetime opportunity. Doing so aboard a yacht as renowned as Octopus makes it all the more memorable. Octopus is chartering in Antarctica this coming December, for the first time. She has availability for the adventurous souls among you.

Octopus, of course, rose to fame upon delivery by Lürssen in 2003 to the late Paul Allen of Microsoft. The 414-footer (126.2-meter) was the largest motoryacht of that year and further noteworthy for focusing on true globetrotting. In fact, her hull met—and continues to meet—one of the highest categories of ice classification. The ensuing years saw her additionally lend support to scientists. In 2012, for instance, Octopus was above the Mariana Trench as film director James Cameron dove to its bottom. Allen was aboard the yacht, tweeting updates and using Octopus’ helicopter to film part of the effort.

Allen’s family sold the yacht last year. The current owner acquired her for not just world travel, but also charter. The owner wisely has kept her ice-classification status, making it possible for Octopus to venture to the southernmost continent. While Octopus is chartering in Antarctica, guests can enjoy a mix of purely pleasurable pursuits as well as research projects. Since the continent includes a science base, guests can assist them with wildlife conservation, for example. Equally fascinating, the itinerary includes having a team from Antarctica’s Point Lockroy discuss the work they’re doing on behalf of the UK Antarctic Heritage Trust. Further activities include taking polar plunges, sailing into a live volcano crater, and of course seeing thousands of penguins.

Camper & Nicholsons, Octopus’ central agent, is tailoring itineraries according to desires and of course weather. Regardless, “She’s the perfect yacht to undertake such a voyage,” asserts Jacqui Lockhart, head of charter marketing Europe for Camper & Nicholsons. Lockhart, who visited Antarctica in 2018, especially notes Octopus’ medical suite, a dive center with a hyperbaric chamber, and a submarine. Then in her underwater lounge, too, and enclosed observation deck.

In related news, Octopus is chartering elsewhere in the midst of a two-year global voyage. The trip began this past January. She recently transited the Panama Canal after cruising to Costa Rica.