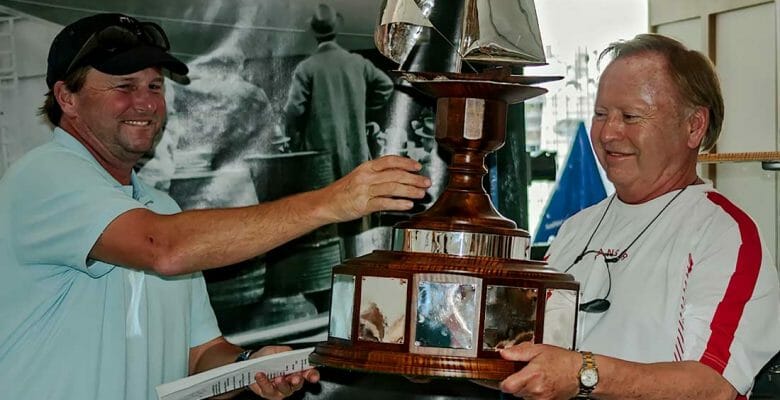 In seafaring tradition, the ringing of eight bells pays respect to a deceased sailor. It signifies that his or her “watch” is over. Several watches in the yachting industry ended this year—far too soon, at that. Indeed, while many a person’s passing leaves colleagues and admirers at a loss for words, 2018 seemed to hit hard when it came to megayacht owner and industry passings.

In alphabetical order, these are the notable figures who died this year. We have included links to obituaries for each of them, too:

1 Paul Allen, owner of Octopus and other yachts. Paul Allen (below), who died in October, grabbed international headlines as the co-founder of Microsoft, for establishing the Museum of Pop Culture, and more. In yachting, he did so as an ardent megayacht owner and conservationist. Starting with Charade, which launched in 1990, he went on to own Méduse, Tatoosh, and most recently Octopus. As for conservation, Allen was the second founding member of the International SeaKeepers Society. Furthermore, he took an active role in finding and documenting historical shipwrecks.

2. Tom Allen, Fraser broker. A U.S. Navy veteran, Tom Allen was also the son of a shipwright. It may come as no surprise, then, that he made his very own boat at the ripe age of 13. Allen went on to wear multiple marine-related career hats, finally joining Fraser Yachts in 1979. He was one of the company’s longest-serving sales brokers, in fact, remaining with the company straight until he suffered a stroke in June. Among Allen’s notable closings, he repped the megayacht owner behind Alucia, back in 2011.

3. Dave Christenesen, founder of Christensen Shipyards. Few of us start a whole new career halfway through our lives. Dave Christensen did, though, in establishing Christensen Shipyards. It was a far cry not just from his prior career as a real estate developer, but also as a child born in North Dakota in 1931. The inspiration to start the shipyard came from frustration—to put it mildly—as a megayacht owner. Problem after problem with an 80-footer (24-meter) led him to buy a hull and finish it himself. But, he never finished her: He sold her less than halfway through construction. He then started another hull… and got another offer. Christensen sensed an opportunity. While he departed the company in 2009, it continues to bear his name.

4. Peter Munk, founder of Porto Montenegro. Two years ago, Peter Munk sold his stake in the marina he helped establish almost a decade prior. Some people shook their heads in 2007 when he and a team of investors decided to convert a Communist-era naval base into a luxury marina. Munk and his partners, however, believed the naturally deep, and naturally beautiful, Bay of Kotor was ideal. Furthermore, and more important, they saw high demand and short supply of superyacht slips throughout the Med. Today, many a megayacht owner has formal photo shoots take place with Porto Montenegro as the backdrop. 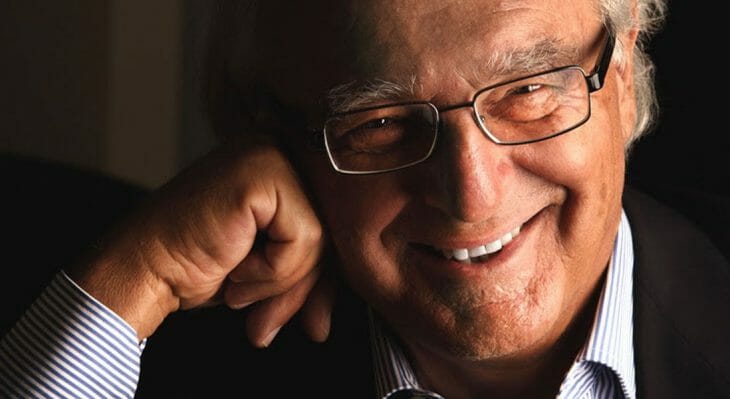 5. Donald Patton, founder of Patton Marine. Name a construction material for a yacht, or even a size of a yacht, and chances are Don Patton surveyed her. Eighty-eight years young when he died in February, Patton spent more than 70 of those years in the marine industry. He established Patton Marine in 1973, going on to write specs for an oversee new builds and refits globally. Patton was such a renowned yacht surveyor, in fact, that he arguably was the most in-demand in his profession.

6. Willy Persico, founder of Southern Wind Shipyard. While his given name was Guglielmo Persico, the founder and president of Southern Wind Shipyard (above) was “Willy” to hundreds of owners, craftspeople, and peers. Similar to Dave Christensen of Christensen Shipyards, Persico turned to the industry side of yachting after trouble as an owner. In the early 1990s, he commissioned a 72-foot (22-meter) sailing yacht from a South African shipyard. When the shipyard unexpectedly shut its doors, he bought the assets, as well as an industrial facility nearby, to rescue the project. In 1991, Southern Wind Shipyard started operations in Cape Town, becoming Persico’s full-time focus two years later.

7. John Williams, owner of Ranger. J-Class Ranger owner John Williams (top) got the idea to build this faithful replica after chartering an original J, Endeavour. A passionate sailboat racer, he selected the fastest speedster in the J Class heyday to bring back to life in a new way. “She was the first new-build J Class yacht for 66 years,” he told the Financial Times’magazine How to Spend Itin 2017. “I have had a number of large yachts over the years, but owning a J Class is like owning an F1 car. You simply can’t go back.”